Whatever might be reaction or counter-strategy of policy makers but sentiments expressed on the eve of ex-Senator Usman Kakar funeral might be “writing on the wall.” Not only others but Usman’s young son has repeated the history as he said what voiced by his father during his over four decades political career.

No one can deny the fact that sense of deprivation amongst the Pushtoons aggravating day by day. Rulers meaningless silence over the serious issues like Usman Kakar’s mysterious death, over three weeks long sit in protest along with a dead body in Janikhel and jubilation of intensifying terror acts across the border in Afghanistan, generating stock of questions.

No one can disagree with denouncing of violent acts but national media and state organs discriminative policies in this respect also fuelling sense of deprivation amongst the Pushtoons. One day a terror act occurred in front of detained hard line activist at Lahore, causing lives to three and injuries to over one dozen others. The so-called National media has focused its over 12-hours transmission only on Lahore incident but it had ignored not only millions of people gathering assembled on the eve of Usman Kakar funeral but also police and other law enforcing agencies aggression against armless protesters from Janikhel-who are crying for ensuring them peace and security. All such discriminative standards on the part of so-called media is being noticed by Pushtoons who are ahead with global-level plot jointly engineered against them.

However, the voices and cries made on the eve of Usman Kakar’s funeral or on his death. May not be allowed unnoticed. Almost leading Pushtoon political activists have shown disappointment over policies of state organs towards them. They reaffirmed their faith and belief in Constitution of Pakistan and remaining loyal to the very interests of the country but not at cost of continue bloodshed and violence on their soil. These vocal activists from all over the country have urged the rulers to re-visit its policies otherwise they would not tolerate bloodshed, terror and violence on their soil on the pretext of sacred religion of Islam.

Whatever might be stance of Pakhtunkhwa Milli Awami Party Chief Mahmood Khan Achakzai as his words has made disappointing the mourners but instead of expectations from Nawaz Sharif and Maulana Fazal Ur Rahman, he needs to take other Pushtoon nationalists and democrats into confidence if he is sincere in his claims of ending violence and terror on the soil of Pushtoons. At this stage, all Pushtoon politicians irrespective of their divisions on the grounds of political ideas, must unite on a single-point agenda-which is an end to every sort of violence, terror, hostilities and extremism on the soil of Pushtoons. And for such a purpose, Mahmood Khan Achakzai, Asfandyar Wali Khan, Aftab Ahmad Khan Sherpao, Maulana Fazal Ur Rahman and Siraj Ul Haq could play a role if they become make agree on a single point agenda.

Instead of waiting for further three months as Mahmood Khan said in his address on the funeral of Usman Kakar, all these Pushtoon politicians must arrange an early sitting which might be helpful at this crucial stage otherwise the very existence of Pushtoons is on verge of collapse. 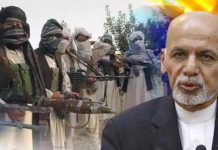 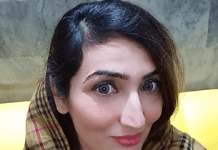