Afghanistan’s former President Hamid Karzai has held an important meeting with the NATO Ambassador Stefano Pontecorvo , the NATO’s most senior civilian representative to Afghanistan in Kabul whereas they exchanged views on current situation, especially the US led peace process. Though details of such a meeting couldn’t made public but both sides are happy with meeting and hopeful of its positive outcomes.

The NATO Ambassador Pontecorvo through a tweet message thanked ex-President Hamid Karzai for an insightful talk on the peace process, which NATO strongly supports and views as the best chance for a lasting political solution benefitting Afghans, the larger region and international security.” In response, ex-President Hamid Karzai states,” pleased to meet Ambassador Stefano Pontecorvo, the NATO’s most senior civilian representative to Afghanistan today. Exchanged views on Afghanistan-NATO relations and recent developments in the peace process.”

Whatever night be outcomes of such important meeting but definitely it would play an important role in ingoing peace efforts in Afghanistan. Hamid Karzai was the first one who had announced support to US Peace process with ex-Ambassador Khalilzad as its main broker in September 2018 last. And even after holding first ever direct talks between Kabul based Afghan politicians and representatives of Qatar based Taliban in January 2019, it was Hamid Karzai who said,” whoever and whenever Afghans met, they could easily settle their own issues. Since a long, Hamid Karzai is not part but even pioneers of those who believe in “settling of the conflict through peaceful and political means,” which is possible only through intra-Afghan dialogues without involvement of external forces or mentors.

Amidst continue peace process and enthusiasm on the part of Hamid Karzai like politicians for an early end to violence and turmoil in Afghanistan, the violent and terror acts are on rise throughout that country. The new trend of target killing through sniper guns has made uncertain the already war stricken people of that country. All those who are either supporting peace process or firm to restoration of sovereign and autonomous democratic status of Afghanistan are being targeted through sniper guns. Most of these violent acts of target killing are taking place at night time. But the targeted violent acts through militants or Improvise Explosive Devises (IED’s) are occurring around the clock throughout Afghanistan. And unrest amongst the war-affected helpless civilians of Afghanistan could be judged with the recent reports of people “fleeing” towards western and other regional countries.

No one can deny the fact that regarding future and peace process as well, there exists divisions amongst the Afghan leadership. President Dr. Ashraf Ghani and some of his close aides are against of transfer of power to an interim set up, being demanded by Qatar based Taliban and others. Ex-President Hamid Karzai had made this proposal before of October 2018 parliamentary polls with a view to let Taliban to join the political process. But at that time, his proposal was turned to a deaf ear. Now almost of the Afghan leaders and US are in favour of an interim government. But the Afghans have already a bad experience of transfer of power to an interim government as in April 1992, no other some of “power interested” Afghans with support of their external friends and mentors have sabotaged the UN sponsored peace process pertained to transfer of power to a broad based interim government. And sabotage of UN peace process leads to plunging of Afghanistan and its people into an un-ending era of crises and bloodshed.

At this stage, maximum responsibility rests with no other than President Dr. Ashraf Ghani to play a role-a role to make united the Afghan leadership and help them in building up a consensus regarding future of Afghanistan. No doubt that Dr. Ashraf Ghani is a talented economist but he yet to get credentials as popular political leader. Former President Hamid Karzai during his rule from December 2001 till September 2014 had not only restored centralized authority of war-disintegrated Afghanistan and had also proved him as true-successor of great ruler Ahmad Shah Abdali by helping the scattered leaders and chieftains in broad based reconciliation through traditional Loya Jirga’s.

Past and future scenario of the LG polls 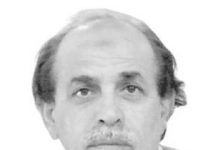 Continuation of turmoil in Afghanistan is dangerous for regional countries