The state of Isreal is the only jewish state in the world located between the southeastern shore of the Mediterranean Sea and the north shore of the Red sea. It share its borders with Lebanon, Syria ,Jordan and the plastinine .It has a long and enriched history of political ,social, economic and cultural background. yet, in the 7th century CE, the Levant was taken from the Byzantine empire by Arabs and remain in Muslim control until the first Crusade of 1099 ,followed by the Ayyubid conquest of 1187.later on it was made part of Khilafat Usmania in the 15th century. The Jews in the world are popular for their cunning nature and sedative mind, so they had no place to live like today Mayamer Muslims are displaced and that’s why once Rodelf Hitler said, I could have been killed all the Jews of the world, but I left few of them so the world should know their real face?The Jews state was not established at once. It took many years and conspiracies by the Lords to snatch it from Muslims. Although, the land they seize was unlawful, illegal and illegitimate.
Is this not a matter of great anxiety that the land of Plastine which was purely, a land of sacred and pious prophets and Khalifas under the Muslim subjugation is turning to be hostile and bloodshed because it does not have any, support from the powerful world, international community and the champion of human rights. If today, the voice of Palestine people could not be heard in the corridor of power and if the Muslims had lost its validity, or forgotten the true spirit of Islam(jehad) because of their own dis- unity and fear then whose fault is it?Today, the number of Muslim countries are beyond 57 but their apathy and fear could be seen in their silence, statements and attitude.
Although, this year was proved to be very enduring and doomed, for humans of the world as the COVAID-19- Pandemic turn to be catastrophic in nature. The world majority had lost mostly their kith and kins, economy, stability. political system and social set up totally. Yet the only, country which turn to be dynamic, reasonable, tactful on the map of the world was the state of Israel. Actually, the state of Israel was created in between 1881 and 1903, with only 3% population of Jews. Later on the only women Prime Minister of Isreal Golda Maira(1969-1974) strengthen its pillars and changed the world through her diplomacy and relations and by making it strong while purchasing sophisticated Arms and ammunition. But now it had turned to be a big serpent to swallow the world in general and the Muslims state in particular with capturing of Muslim land (more than 60% has been captured). For Muslims of the world Palestine was holy place because it had many prophets of Allah like Ibrahim (ASM)Yousaf (ASM)Yaqoob (ASM) who lived there .The first Qibla of Msulim Baitul Muqadas was situated in Jerusalem now the head quarter of Isreal. The State of Israel is Hub of hostile activities and threats for the world especially, the Muslims states of Middle East. In 1981 the Israel used force to destroy the Iraq nuclear technology, and it issued many threats to Iran for having the capability of nuclear enrichment process.
If today,Isreal is atomic power and included in Nine atomic power countries list, then there is history behind it. Now the Israel had gained momentum in 2020,and there is fear that it will expands its borders to the nearest Muslim state and create chaos in the Muslims state forever. The long chain of Muslim countries like UAE, Bahrin, Sudan, Morroco and Saudia Arabia inclination is sign that world will change its behavior and recognized Israel soon,no doubt on compromise and deal basis. Actually ,the Israel want to play, its role in the Middle east and make the Muslims state vulnerable and destroyed.
So the fall of Muslims states one by one in to the laps of Isreal is indicator of Muslims failure in the world, and the marketing of Plastine soil and people and its cause is question mark on the forehead of all Muslims specially the Arabs who fought many wars and even lost its territories to Isreal particularly the Egypt. The selling of Plastine cause their blood through diplomacy has caused fear and chaos in the deprived nation of the world particularly in the weak countries. Unfortunately, the Israel had not only the enriched history of killing thee innocent people but it had stopped the freedom of Palestine people, their participation level in human life, increased hurdles in accessibility and capturing the land or borrowing it continuously.The game changer in the world and the geopolitical position of Arab countries has failed to save the state of Palestine and its people who are in state of war on their own land .The powerful world is playing a game with Palestine people who do not have right to live and survive.
The state of Isreal is busy to win more Muslim states of the world through its strategic planning and under its Geostrategic alliance. Actually, Isreal wish to prove the illegitimate and illegal right its genuine right. The Muslim world is just spectator to beat the drum. When on 2nd November 1917, the British Government issued a letter called Balfour letter asking the world to establish a national home for Jews population, so after one century it was proved to be a game for excluding the Muslims from their genuine and human right. Isreal has been recognized by 164 countries amongst 193 members state of the world who thought the land of Plastine should be given back to its original masters the Muslims and the exclusion of Muslims from the Agenda will never prove to be right decision and the Muslims will get its land by hook or by crook in the last episode. 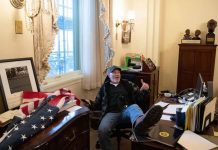 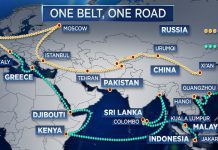