A bomb blast at a madrassa adjacent to a mosque in the Dir Colony area of ​​Peshawar on Tuesday left eight students dead and 125 others injured. A sudden explosion ripped through the hall of the mosque, causing a stampede. Rescue teams from Rescue 1122, Edhi and Al-Khidmat volunteers rushed the injured to Lady Reading and Khyber Teaching Hospital, where medical staff confirmed the death of eight people and that 125 injured are being treated. The condition of several of the injured is said to be critical. According to the madrassa administration, about 300 students were present inside and outside the mosque hall at the time of the blast.

All political and religious parties strongly condemned the incident, prayed for martyrs and expressed sympathy for the injured. This heartbreaking and tragic incident took place at a time when opposition parties coalition PDM is continuing its protest movement against the government across the country. After successful protest rallies of in Karachi and Quetta, opposition to hold next Jalsa in Peshawar for which all the opposition parties seem to be quite active and in this regard as the Awami National Party as the largest party in the province will play the role of a kind of host party, its preparations will be faster than other parties and Looking active.

In an environment where a public campaign is underway in all districts of the province for the PDM meeting to be held on November 22, the incident at the Peshawar Madrassa is an important question and moment of reflection for the present government and law enforcement agencies. Despite the issuance of the alert, the terrorists reaching their target indicates the negligence of the security agencies. Similar incidents took place in Bajaur and Quetta before the Peshawar incident. In response, some politicians of the country, especially the central and provincial leadership of the ANP, repeatedly tried to draw the attention of the government and concerned security agencies to the fact that Terrorist groups are regrouping especially in certain parts of the Khyber Pakhtunkhwa.

It is therefore necessary that the National Action Plan approved by all political parties, civil and military bureaucracies be implemented immediately and that the highest responsibility in this regard rests with the provincial governments to implement these points in their respective provinces. But unfortunately, as in the past, the ANP leadership is still not being taken seriously by the country’s authorities and the government. As a result, we saw the incident in Peshawar Madrassa. If from today. Forty years ago, the words of Bacha Khan, the founder of the Khudai Khidmatgar movement, his son Khan Abdul Wali Khan and later the current central and provincial leadership of the ANP were followed, so it can be said with certainty that we are safe from the current fire of terrorism.

Therefore, it is time to seriously implement the National Action Plan in its spirit. The roots of narrow mindedness, sectarianism, extremism and terrorism must be cut wherever they are. Only condemnatory statements or allowing your “favorite players” to play in the open field would be a crazy dream to overcome this fire. Even if our security agencies and provincial governments work laziness, this time terrorism will ignite in such a way from which people of any sect, ideology, race and creed will not be able to escape. 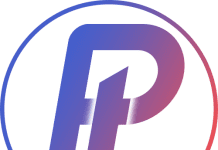 Bloodshed across the border in Afghanistan