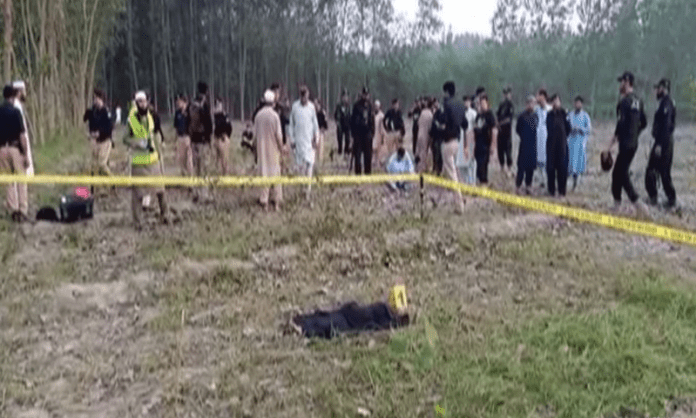 Charsadda— The post mortem report of two-and-a-half-year-old girl whose toured body was found a day after her abduction in Charsadda, has been confirmed that the victim was raped and then killed.

District Police Officer (DPO) Charsadda said police have taken several suspects into custody and are currently investigating the incident. DPO said that 40 persons including close relative of the victim are currently under investigation.

The DPO told the media that the samples of the suspects have been sent to the laboratory for DNA testing. The real culprits will be identified after the DNA report.

Meanwhile, Inspector General of Police Sanaullah Abbasi, sharing police performance, said that 300 people have been arrested in the first nine months of this year for violence against children, including sexual assault.

Remember that Zainab had been missing since October 6. The report of the girl’s disappearance was lodged at the police station that evening on the complaint of her father.

The report said that Zaneeb went out to play around one o’clock in the afternoon, but did not return. Police then launched a search for the girl and found her mutilated body in a nearby field at Jabba Korona.

The place where the body was found is about three kilometers from the girl’s house.