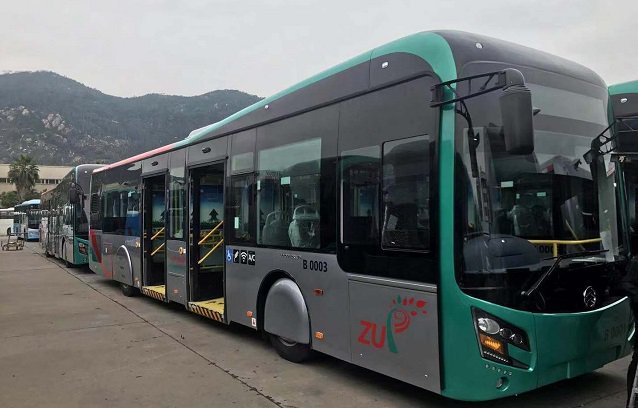 PESHAWAR: Peshawar Bus Rapid Transit (BRT) service was temporarily suspended for inspection of its fleet on Sep 16 after its several buses caught fire.

The decision was made to review the technical performance of all the buses comprehensively.

Now, Kamran Bangash ,  the advisor to Chief Minister Khyber Pakhtunkhw Mahmood Khan, claimed that Chinese manufacturing company, Xiamen Golden Dragon Bus Company, finally found the fault in the BRT buses. He said that BRT buses were caught fire due to a fault in the motor capacitor.

He said that the motor capacitor will be brought to Pakistan from China soon.

Special Assistant Kamran Bangash said that all Buses will be on the route again.

BRT services were suspended after five cases of fire reported during one month of its inauguration.

The mutli billion project was inaugurated by Prime Minister Imran Khan on August 13.