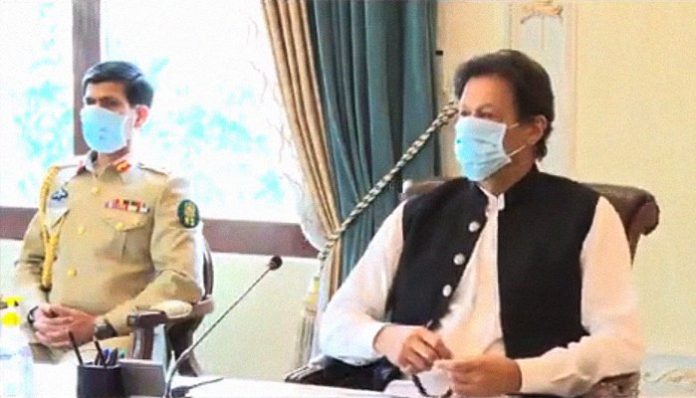 ISLAMABAD: Prime Minister Imran Khan held a special television briefing for the Corona Relief Tiger Force on Friday, telling them to spread awareness among people far and wide in the country, as “Pakistan cannot endure another lockdown”.
“This country cannot undergo another lockdown. That’s why we need you to spread awareness,” the premier said, addressing members of the force.
The premier’s briefing came as the country’s tally of infections shot past 90,000 and deaths surged to more than 1,800.
The premier said that owing to the epidemic, the country had already experienced a loss of approximately Rs800bn in revenue and hinted at an austere budget for the coming year where expenses “will have to be drastically reduced”.
Acknowledging the enthusiasm displayed by those who have volunteered this far, he said the force will now be provided identification cards so they can go to hotspots and distribute food if those areas are closed off.
The premier said the force’s help will also be sought to combat the locust attacks.
PM Imran said that another challenge the youth force’s assistance will be required for is the “Clean and Green Pakistan” initiative under which their full participation in tree plantation will be sought.
He said that not only will plantation occur in forest areas where tree cover has been depleted, but is sorely needed in city areas.
The Tiger Force will also “keep an eye on Utility Stores” where they will report price hikes and also inform administration about hoarding of items.
“The real purpose you have is to keep our people protected and to help them. We will keep briefing you on further duties.”