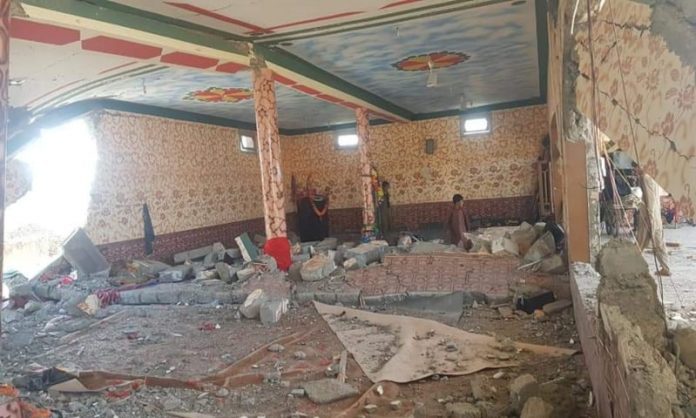 PESHAWAR: At least one man was injured in a blast on an imambargah in Lower Kurram’s Shoorki area near the Pak-Afghan border on Tuesday, area police said.
The injured man, who reportedly worked as a caretaker at the imambargah, has been shifted to a local hospital. The building of the mosque collapsed from the impact of the explosion.
According to Yaqoob khan, a local police control official, the blast occurred at 4am in the morning. Police and law enforcement officials arrived at the site of the explosion and cordoned off the area, he said, adding that investigation of the incident was underway.
The nature of the blast has yet to be confirmed, though police suspect explosive material had been planted at the mosque, Khan said.
MNA Sajid Toori, who was elected from the district, Anjuman-i-Hussainia Parachinar Secretary Haji Sardar Hussain and Tehreek-i-Hussaini leader Yousuf Hussain condemned the incident, saying that “terrorists were trying to sabotage the peace established by the sacrifices of security forces”. They demanded the government to rebuild the imambargah and conduct a high-level investigation.
On Sunday, Khyber Pakhtunkhwa’s Bomb Disposal Unit defused an improvised explosive device in Dabar area of Mamond tehsil.
In January this year, nine people were injured in a hand grenade attack near the Karkhano police checkpost in Peshawar.