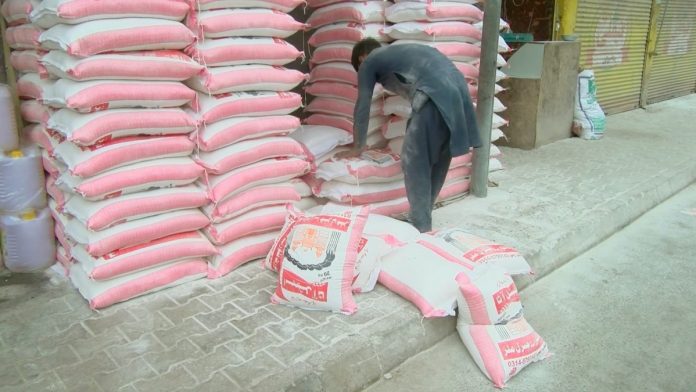 PESHAWAR— Amid the ongoing coronavirus epidemic, the district administration has started supplying subsidized flour to people while Frontier Corps (FC) South has distributed around 400 flour bags free of cost among the underprivileged in South Waziristan, officials said on Tuesday.

Deputy Commissioner Hameedullah Khan said that the district administration staff checks flour availability in the three flourmills located in South Waziristan, ie Waziristan Flourmills, Wana Flourmills and Three Star Flourmills, and later dispatches flour to various areas for distribution. “Each bag of 20kg is being sold at the rate of Rs820,” he added.

He said they have so far provided flour to people in the areas of Doag, Karikot, Ghakhaw, Shin Warsak, Azam Warsak, Tanai, Spin, Gul Katch, Shakai and Tiarza.

“We are now starting supplies to Ladha and Sarvekai subdivisions,” the official said.

The deputy commissioner also said that on the directives of Inspector General Frontier Corps (IGFC)-South Maj Gen Azhar Iqbal Abbasi, the FC-South distributed 400 flour bags to the underprivileged in the region free of cost.

He said that the FC personnel have been providing security and supporting the district administration to ensure a perfect lockdown, with the aim of containing the coronavirus spread.

Meanwhile, tribal elders including former senator Saleh Shah and PTI district president Afsar Khan ad lauded the supply of free flour by FC-South and the initiative of subsidized flour by the district administration to people in South Waziristan and said such measures would continue in the future too.