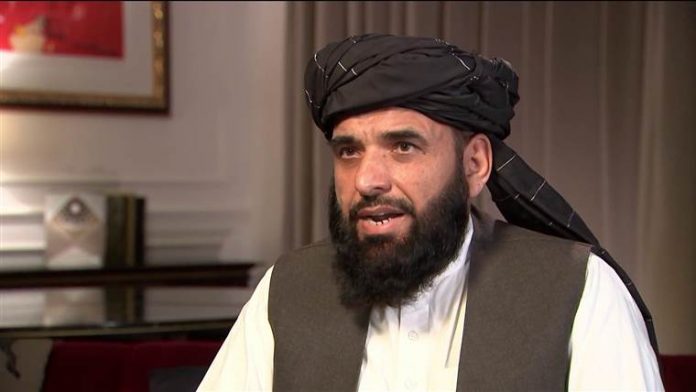 KABUL: A spokesperson for the Afghan Taliban on Wednesday termed the decree signed by President Ashraf Ghani to facilitate the release of some Taliban prisoners in Afghan jails as “conditional”, saying the release order went against the agreement signed between the militant group and the US last month.
Sediq Seddiqi, spokesperson for the Afghan president, said in a tweet that Ghani had signed the decree that would facilitate the release of some Taliban prisoners in accordance with an accepted framework for the start of negotiations between the Taliban and the Afghan government.
At least 1,000 Taliban prisoners are expected to be released this week, five official sources said earlier, paving the way for opening direct talks between the Afghan government and the Taliban.
Seddiqi also hinted that Kabul would consider releasing 5,000 prisoners if the Taliban refrained from attacks on Afghan forces.
Responding to the announcement of the decree, Suhail Shaheen, spokesman for the Taliban in Doha, told Reuters by phone that “it is properly explained in the peace accord that first 5,000 prisoners would be freed and then the Afghan dialogue would be initiated.
“We never agreed to any conditional release of the prisoners. If someone claims this, it will be against the peace accord that we signed on February 29,” he added.
The development comes almost two weeks after the Taliban and US signed a deal for withdrawal of troops from Afghanistan. One of the clauses in the agreement called for the Taliban to release up to 1,000 prisoners and for the Afghan government to release up to 5,000 insurgent captives.
However, it looked like the deal was about to fall apart a few days after it was signed as President Ghani announced on March 1 that the Afghan government had made no commitment to release the prisoners. The Taliban reacted by saying they would not participate in intra-Afghan talks unless the prisoners were released.
Attacks started again as the Taliban ordered fighters to resume operations against Afghan forces just two days after the signing of the accord.
However, on Monday, Ghani announced that a mechanism for the release of Taliban prisoners had been reached and a presidential decree would be issued in this regard. His remarks came after he took oath as president for another five-year term. …Agencies