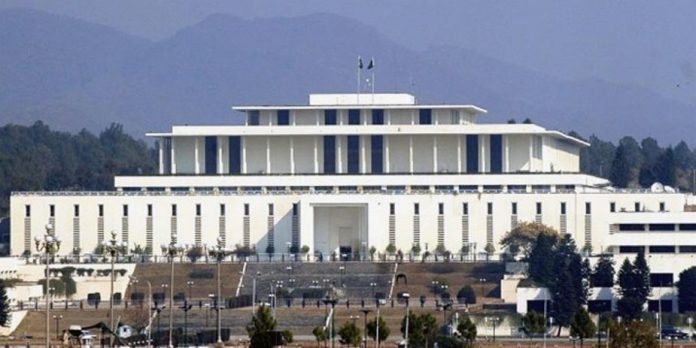 ISLAMABAD— The President Secretariat has refused to share information about the details of hiring any transgender and people with disabilities as directed by the law when a citizen requested under the Right of Access to Information Act 2017.

Justifying its stance, the secretariat said in its reply that office of the President and President Secretariat does not fall within the preview of the Right of Access to Information Act 2017, and is not bound to share any information under the law.

Taking action on an appeal of a citizen against the office of the President, a hearing was held in the Pakistan Information Commission.

Muhammad Saleem – Director Legal – during the hearing took a stance that Office of the President and President Secretariat does not fall within the preview of the law. He argued, according to the section 1 (2) states that the said law shall apply to all public bodies of the Federal Government while the “Federal Government” is interpreted by the Supreme Court of Pakistan in its judgment PLD-2016-SC-808 as the Prime Minister and his cabinet is the Federal Government.

He further argued that according to the rules of business, if there is any conflict in the interpretation of the law, the Law and Justices Division should be approached. Office of the President reached the law and justice division for the matter and they also endorse the same stance and said that the said not does not apply on the President Secretariat and Office of the President, so the requested information can’t be provided to the citizen, he maintained.

Muhammad Azam – Chief Information Commissioner – remarked, the law and justices’ division itself is a public body under the said law. Moreover, this law overwrites the rules of business as well. If the office of the President is run by the tax payer money, so should be answerable to the citizen of Pakistan.

Saleem said, that office of the President and President secretariat is not a public body of the Federal Government it is a constitutional entity. Some amendments should be made in the law, If the commission believe that President house lies within the preview of the RTI law.

During the hearing Zahid Abdullah remarked that for me, every law or judgment should be dealt with its context, the judgment of the Supreme Court whose reference is quoted in case was given when the Prime Minister was taking decision independently without the approval of the federal cabinet. The decision of the supreme court was to make sure the decision making with the approval of the federal cabinet.

Fawad Malik –Information Commission – during the hearing remakes, if the office of the president performs the public functions and all expenditure of the office and Secretariat are made with the public money, then why it is not answerable to the citizens.

Muhammad Ali- representing the appellant in the hearing – said, the President is also a public representative and is indirectly elected by the public of Pakistan.

If there is any ambiguity in the law, the office of the President should share the information on the bases of democratic values, he added