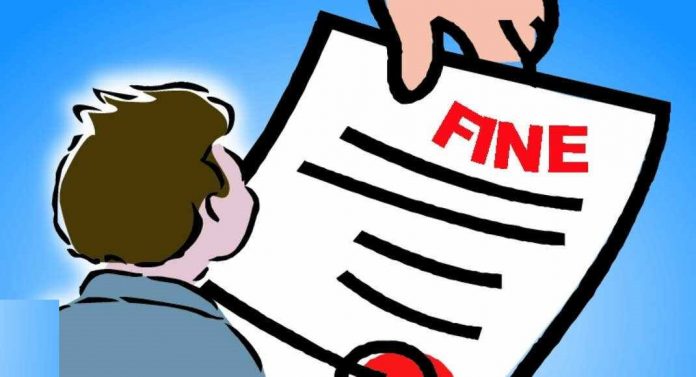 ISLAMABAD— The Punjab Information Commission (PIC) has so far fined more than 30 Public Information Officers (PIOs) of different public bodies for failure to provide information sought under the Punjab Transparency and Right to Information Act 2013.

The documents available with the Daily Times shows that since its inception in 2013, the Punjab Information Commission has imposed Rs 0.5 million fine on government officials functioning as PIOs  for not entertaining citizens’ requests for provision of information. However, only one officer has deposited the fine; whereas, the other officers are yet to deposit the fine.

Rana Muhammad Iqbal – Director Land Reclamation and Tariq Yameen Bhatti – Research Officer at Irrigation Department – Lahore were also among those who were fined by the PIC.

While talking with Daily Times, Tariq Yameen Bhatti said, their director Rana Iqbal was fined 50 thousand while 25 thousand rupees fine was imposed on him, but after the apology from them the PIC withdraw and only Rana Iqbal submitted Rs. 15 thousand rupees in that case.

According to documents available with the Daily Times, the PIC has imposed fine up to 50 thousand rupees each on 30 PIOs of different Government Departments including Deputy Commission Rawalpindi, Director Anti-Corruption Gujranwala, Deputy Inspector General (DIG) of Punjab Police, and Irrigation Department Lahore.

Responding to a question, Tariq Yameen Bhatti said that the information was already provided to the citizen, the PIC imposed fined only due to their anger on reaching late in the court in a hearing.

In an order, the PIC has stated that the respondent (public body) has submitted an undertaking to remain careful in future. In view of the fact that the object of penal provision of law is not to collect or raise revenue rather to make the violator realize his disregard for law and to create deterrence in other public functionaries, therefore, the order of award of penalty is recalled in the interest of justice.

Monus Kayenat Zahra – RTI Program Manager at Centre for Peace and Development Initiatives (CPDI) – said, the commission should remain neutral or should support / encourage the citizen practicing this law, but unfortunately the PIC is not neutral in its affairs.

She added, she has many complaints in which the PIC has not taken any action.

To a question regarding withdrawing imposed fine, she said, “I have not read the order but if happened so, it will discourage the common people practicing right to Information laws”.

When contacted, Mukhtar Ahmed – former information commissioner PIC – said, as per law the commission cannot hear the review appeal itself, if PIC recalled its fine order it should write the section of the law under which law PIC has took this decision.

To a question regarding impact of the decision on public, he said, the prime responsibility of the PIC is to make a mechanism for easy provision of information to the citizen. If those public bodies which were fined are now providing information within the stipulated time period to the citizen, then its good otherwise such decision will discourage the common public.

Despite repeated attempts the Chief Information Commissioner PIC Mahboob Qadir could not be reached for his comments.