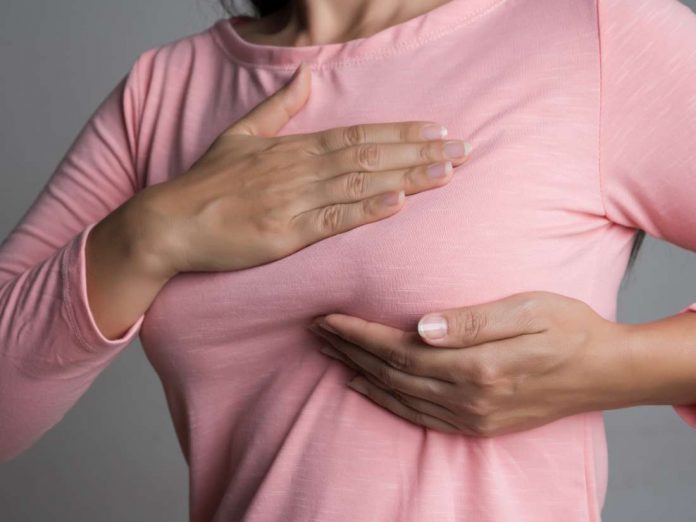 There is no government hospital where people get cancer treatment except IRNUM hospital, while Shaukat Khanum Memoral Hospital and other private hospitals are facilitating cancer patients.

Brest surgery surgeon Dr. Amjad Ali said, more than ten million cancer patients annually in Pakistan and fifteen thousand  from Khyber Pakhtunkhwa are register, he told that its number are more but due to unavailability of resources and unawareness people did not registered. Every ninth women of total women population are suffering from breast cancer while one male in thousand is also surfing from this disease.

There are so many issues in Pakistan to breast cancer patients which including awareness regarding this serious disease, lack of information, proper registration of patients, hiding patients due to society hurdles, proper treatment, facility for the patients leads to death more patients in Pakistan.

Resident of Nowshehra rabia Khan fiancé break up her engagement when he know that she has been diagnose with breast cancer. She said that her fiancé lover her but after breast surgery he told me that, your beauty is no more and he marry anther girl. Rabia is now healthy and she is going for regular doctor checkup but her parents are worry about her new engagement.

Associate professor at Radiology department Pims hospital Islamabad Dr. Ashiya is also a prominent member of health ministry breast cancer awareness campaign told that, breast cancer is a serious issues in Pakistan most of breast cancer patents are diagnose with cancer in third or fourth stages and cancer spread to liver or bones in these stages. She explain that 95 percent patients can get rid from cancer in 1st stage and 90 percent patient getting safe life from breast cancer if they start proper treatments. She said that, in our society women did not inform their family members about their serious issues and it becomes chronic and after that the treatment of disease become impossible.

Twenty five year old Samreen started her breast cancer treatment when she feel tumour in her right breast. She became healthy after surgery and going for routine check up to Irnum hospital. She said that people asked about breast cancer and she did not want to know other people about her body.

Dr. Ajad Ali told that 95 percent women dead in five year treatment is due to late start their treatment, but in other countries many women get rid from breast cancer due to on time treatment.

Dr. Amjad Ali said that in government has issued a notification to all hospital for breast surgery training but still there is no training have been conducted and patients still facing many problems in proper treatments.

According to Dr. Aiysha every female should check their body specially their breast if they found some pimples or glator in breast they need to visit near health facility and should diagnose it, if cancer diagnose on time then its treatment become easy. She explain that, if excretion of dampness, redness of breast, pain in breast, small pimples on breast, hardness of breast are symptom of breast cancer.

According to Dr. Amjad Ali at every hospital government should provide basic facility and train doctors on breast surgery then they will help more patients. While Dr. Aiysha said that every lactating women should feed their kid for one year which can safe female from such chronic disease, she said that, cancer is a serious issue we need to aware every one about this chronic dieses.