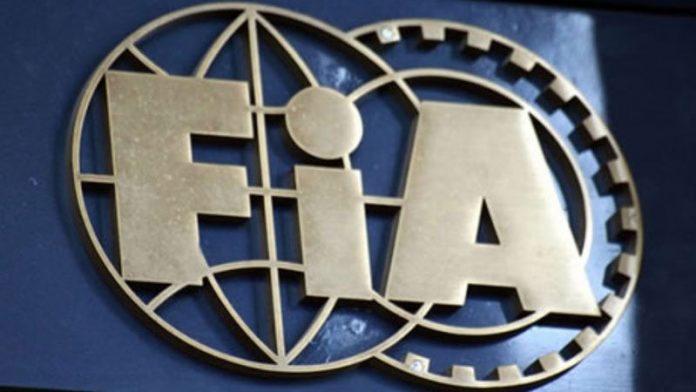 PESHAWAR— The Federal Investigation Agency (FIA), in compliance of the Pakistan Information Commission’s order, has directed its National Response Centre for Cyber Crime to provide the information requested by a citizen under the Right of Access to Information Act.

According to Sources, the Malik Tahir Mehmood – Director Law FIA – in a letter No HQ/DL/ISBZ-61/19/3999-01 dated December 12, 2019 has requested the Director Cyber Crime Cell to comply the order of the Pakistan Information Commission dated Nov 25, 2019 under intimation to the quarter concerned as well as this office.

Three Appeals Nos. 015-03/19, 018-03/19 and 020-03/19 were filed by a citizen namely Shumaila Hussain Shahani before the Commission complaining that she submitted three separate information requests to the Federal Investigation Agency, Cyber Crime Wing under the Right of Access to Information Act 2017, but her requests were not acceded to within the stipulated time.

The appellant in her information request have requested the FIA Cyber Crime cell to provide information about total number of cases registered, how many people have been arrested, granted bail, and pending cases under prevention of Electronic Crimes Act, 2016 ? Moreover, How many cases are registered under Section 20, 21 and 24 of prevention of the said act and also provide FIR numbers.

The PIC has issued multiple notices to FIA to explain the reasons for not providing the requested information, otherwise the Commission will take action under Section 20(f) of Right of Access to Information Act 2017.

The Director Cyber Crimes Wing – FIA submitted the reply on October 30, 2019 and stated that the Cybercrime Wing-FIA is not bound to provide any such information / data to the applicant under Section 16 of the Right of Access to Information 2017.

She added, that the purpose of Section 6 of the Act is clear: to ensure that as much information kept by a public body as possible is brought into the ambit of ‘public record’ so that public body remains accountable to the citizens of Pakistan and that the later have access to all information and data which is of public importance and /or has a bearing on public’s interests or rights.

The Pakistan Information Commission in its decision have stated that the First Information Report (FIR) is a Report registered at the Police Station on the complaint of the complainant on the basis of which the Police Machinery is activated. The FIR is a public document which cannot be denied from sharing under the Right of Access to Information Act. 2017.

Similarly, the requested information may reveal type, nature and frequency of Cyber Crimes committed in the country without compromising autonomy of FIA in its investigation of Cyber Crimes.The Commission maintains that public participation in the affairs of the Government is key to good governance and the citizen can have greater participation in the affair of the government through the exercise of their Right to Information. Instead of denying access to the requested information by broadly referring to Section pertaining to exemption and without providing sound arguments, F.I.A is legally obliged to proactively share this information through its Websites to ensure greater public participation in its functioning, stated in PIC decision.

The PIC added, after going through the appeals, the reply submitted by the public body and the Act, the commission is of considered view that the disclosure of number of people arrested, number of cases registered and the number of FIRs in a particular crime as desired by the applicant in her applications are not exempted from disclosure rather the same should have been made public as required under Section 5 of Right of Access to Information Act 2017. Access to Information is statuary right under the Act, further endorsed by article 19-A of the constitution of Pakistan, therefore the citizen cannot be denied their fundamental and constitutional right.

Section 5(i) of the Right of Access to Information Act 2017 is reproduced as under: “5(i) Reports including performance report, audit reports, evaluation reports, enquiry or investigation report and other reports that have been finalized”.

The commission in its decision has directed the FIA to provide the requested information to the appellant at the earliest but in any case not later than 20 working days of receipt of the order with copy to this office. The respondent is also directed to take immediate steps to proactively share through it website all categories of information mentioned in section 5 of the Right of Access to Information Act 2017 and submit the compliance report to the commission.