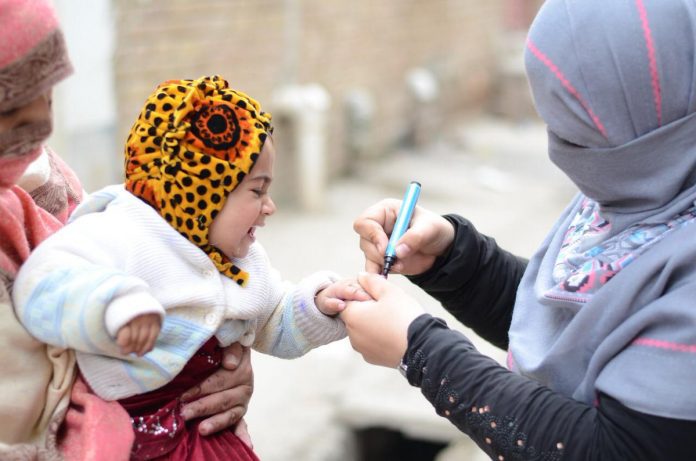 PESHAWAR: At least two more polio cases were surfaced from the Tank and Bannu, Southern district of the Khyber Pakhtunkhwa on Friday.

The latest cases have taken the total numbers of polio in the province to 81 this year.

Officials associated with the country’s polio eradication programme confirmed two new cases in Tank and Bannu where 04 and 25 cases were detected respectively.

The epidmological study of the children shows that both children were zero dose for essential immunization while their SIAs history is under investigation.
Out of the 81 cases in province, 27 cases have been reported in the Lakki Marwat followed by Bannu with 25 cases.

In a press statement, Coordinator EOC Khyber Pakhtunkhwa Abdul Basit have shown strong exception to the sharp increase in polio cases in the province specially from the southern belt saying that it was unfortunate that 68 children are diabled for life.