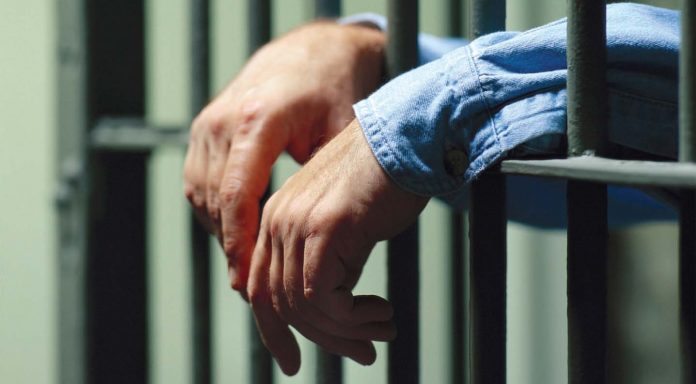 PESHAWAR— Prisoners in the Mardan Central Jail and Jarma Jail have asked for better facilities and stopping inhuman behaviors by the jail authorities.

The prisoners who were earlier at different interment centers controlled by the security forces have wrote a letter to the Shabir Hussain Gagyani expressing concerns over the ill-treated by the authorities concerned.
Shahbir Hussain Gagyani is the senior lawyer of the Peshawar High Court who had filed a writ petition in the high court against interment centers in the province.
On his petition, the Peshawar High Court ordered to eradicate the interment centers and shift more than 2500 prisoners to the jails.
These prisoners were picked by security agencies from different location of the province and security agencies blames that these people belongs or supports Terrorist activities.

Mostly missing persons belongs to ex tribal area including swat and rural area of Peshawar. These prisoners were in internment centers, which was controlled by military.

While on other side the management of the interments centers shifted prisoners to Mardan High zone Central Prison and Jarma Kohat prison.

The prisoners who were shifted to Mardan central prison sent a letter to Shabir Hussain Gagyani advocate in which they demand for justice and begging for their life.

According to the letter the prisoners said that the management of the prison tortured them and they are facing unhuman behaviors from authorities.

They blamed the authorities of the prison that even they didn’t give them the Quran Pak for reading, which is un-islamic and UN human. The prisoners blamed that they have no right to talk one another and they were facing torture even if they goes to washroom twice.

According to the prisoners 2 pages letter the prisoners write about the prison life. Prisoners of the central prison blamed that the authorities didn’t give time to prisoners to meet their families and even during meeting with families the security staff were present which violation of the prison rules of Pakistan is also.

In letters to advocate the prisoners said that mostly prisoners of the interment center are ill and some of them have Tuber clause (TB).