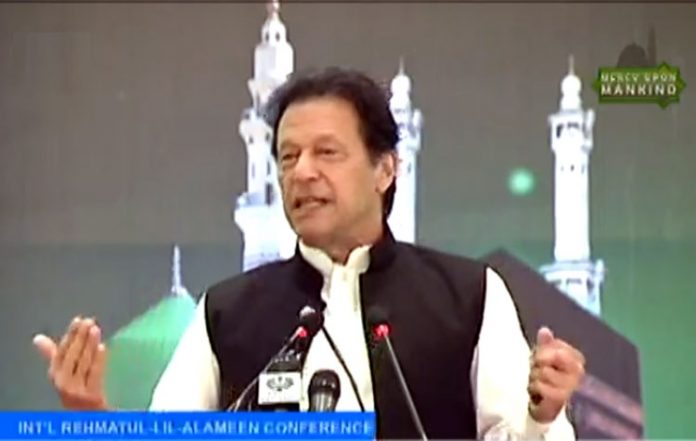 ISLAMABAD: The Prime Minister said Pakistan, Malaysia and Turkey have decided to jointly create films depicting great Islamic leaders in order to familiarize our population with our great history.
He said injustice leads to ending of merit that plays a key role in decline of any society.
The Prime Minister said those who plundered the wealth of the nation deserve no right to be spared. He said no NRO or other relaxations can be given to corrupt people.
He said the compassion is for poor and downtrodden segments of society and not for powerful and corrupt people. Imran Khan said it is state’s responsibility to look after the weaker segments.
The Prime Minister said for a state to function effectively, it needs revenues in the form of taxes to run the affairs efficiently.
He said people have also the responsibility to play their due share in uplift of society.
The Prime Minister also urged the Ulema to guide the government in transforming the country on the basis of Islamic principles.
He expressed optimism that Pakistan would become a great nation by following the principles of state of Madina.