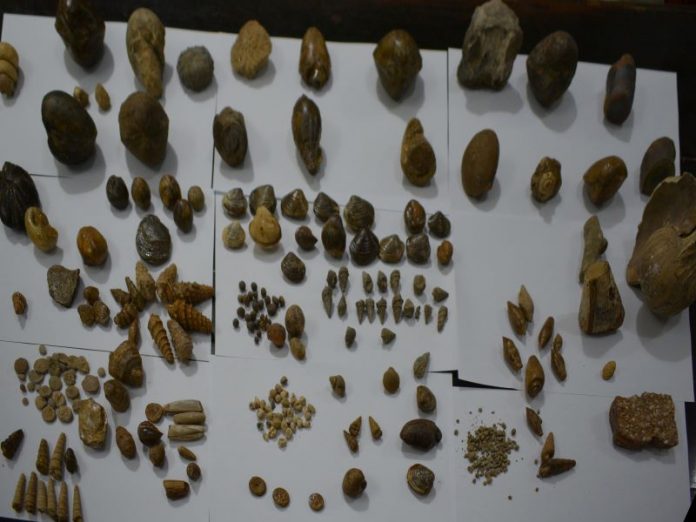 PESHAWAR— An educationist from Northern Dera Ismael Khan region of Khyber Pakhtunkhwa in Pakistan has helped around 95 educational institutions including Universities and others in provision of millions of fossils of human and other living animals. He collecting all these fossils from rough mountains, deserts and sea side’s throughout the country and now intends to help the Afghan government in this respect.

Atlas Khan Sheerani is a senior school teacher, fell in hobby of collecting these precious fossils incidentally when one of his Zoology student made frequent questions about it. “ I felt ashamed when failed in making satisfy the student, therefore, he left home for mountains for finding out these fossils,” he remarked, adding, “ finally succeeded in digging out huge materials, which become a new chapter of my life.” Almost collection of Atlas Khan Sheerani included remains (fossils) of sea animals, snakes, tortillas and others. He added that earlier he had gifted fossils of humans, animals, even plants, trees and others to different educational institutions.

Sheerani said that in fact these fossils are thousands of years old and most probably developed when the “livings including human, live stock, other animals and fish came under the debris.” All these parts of living body later on with passage of time, floods, fire and even climate changes converted into stones.

In response to a question, Atlas Khan said that after falling in love of this hobby he went for detail study of zoology books both printed and net. And he might be first one of this region, having too much details about the subject, he said and added that unfortunately there is no any organized or integrated efforts to retrieve all these precious fossils and make it available for detail research and further analysis. Whereas he through study confirmed that fossils are on top of priority of world standard education institutions, geo-meteorological sciences and even space departments throughout the world.

During this long journey Atlas Khan met with high ups and academicians from different universities and some of them offered him jobs for further research and some of them offered help in Ph D and other research studies. He said that while gifting these fossils to administration of Kohat University, they told him about opening of Paleontology department with his support. He assured them of whole hearted support but later on they didn’t responded.

Atlas Khan wants to help the Afghan government, universities, hospitals and other institutions in Afghanistan in this respect. For the purpose he visited Peshawar based Afghanistan consulate and briefed the concerned diplomatic staff in this respect. It seems that deteriorating relations between the two neighbouring countries are major hurdle before him in this respect.