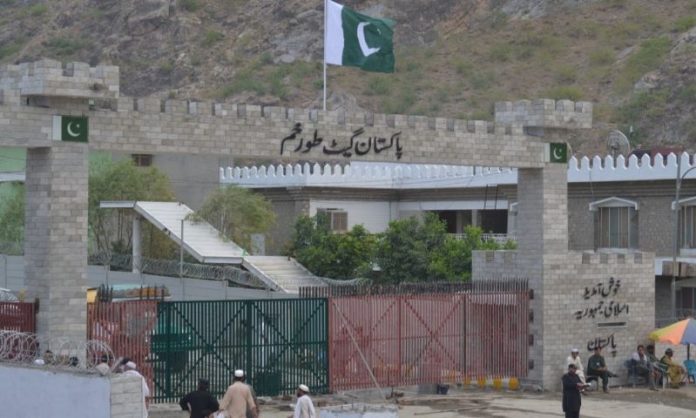 PESHAWAR— Amidst intensifying situation across the border in Afghanistan, especially in Northern areas bordering with Central Asian Republics, the Torkham crossing point with Pakistan was opened for day and night bilateral trade and other economic activities from Monday.

The decision was made in according to Prime Minister Imran Khan directives, issued on the eve of his visit and address to a well-attended public gathering at Khyber early this year. The officials have confirmed that all arrangements are final in this respect whereas thousands of trucks laden with commercial goods are in queues from both sides of the border.

The District Khyber Administration with collaboration of Frontier Corps arranged all sort of security which made satisfied the traders and transporters. Beside others former President of Khyber Pakhtunkhwa chamber of commerce and Industries Mr. Zahid Ullah Shinwari has welcomed opening of Torkham for around the clock. He said that similar arrangements on the part of Afghan government across the border could further strengthen the efforts for promotion of bilateral trade. In this respect he suggested the government to east travelling and visa restrictions.

Besides Torkham, Chaman in Baluchistan is also considered most important and busy. Similarly, two other crossing points including Kharlachi at district Kurram and Ghulam Khan at North Waziristan are also in operation for trade activities. Ghulam Khan of North Waziristan was opened most recently when the two sides reached on an agreement regarding exports and imports in equal quantity of agreed items on the eve of Afghanistan’s 100th Independence Day on August 19th, 2019 last.

However, others around 14 over one century old traditional and historical crossing points over Pak Afghan border-also called Durand Line are closed since previous 2015 last. Closure of these around 14 crossing points including Angor Ada of South Waziristan, Nawa Pass of Bajaur and Arandu of Chitral badly affecting the local people, especially tribesmen and communities living on both sides of the border. In this respect, former President of Khyber Pakhtunkhwa Chamber of Commerce and Industries Mr. Zahid Ullah Shinwari has suggested the high ups (both in Islamabad and Peshawar) to ease the Visa and other travelling restrictions for the Afghan nationals. The tribal elders from last several years are also making similar demands and requests for easing the Visa restrictions and compulsions for them.

A high ranking military official couple of weeks back, talking to media personnel in Peshawar has admitted hardships to people from the families and communities living on both sides of Pak Afghan border due to Visa restrictions. But he said that gradually government is committed to go for its easing and relaxation. But he said that revival of these restriction is depending in situation across the border in Afghanistan and attitude of Afghan leaders.

Pakistan has opened the Torkham border for day and night services amidst intensifying situation across the border in Afghanistan. The Taliban militants have intensified attacks against the Afghan government after concluding what they call successful talks with the United States through its special envoy Dr. Zakmay Khalilzad. The US-Taliban agreement has also made anger no other than Afghans who have attached great hopes with the US after 9/11.