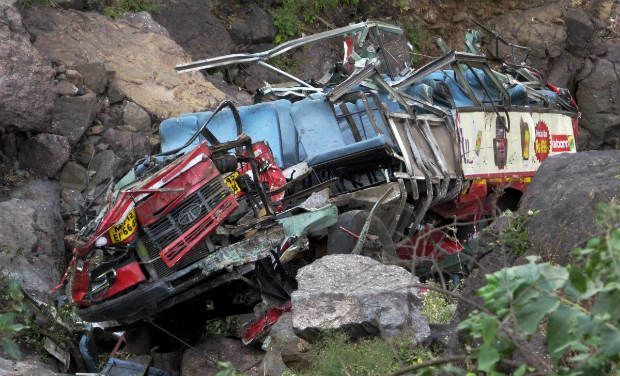 PESHAWAR: At least 26 people, including women and children, were killed when a bus in which they were travelling plunged into river in Kandia tehsil of Upper Kohistan district of Khyber Pakhtunkhwa.

All the 26 people were belonging to the same tribe and were travelling from Bagru to attend a function n Kandia iwhen a bridge collapsed and the jeep they were travelling in plunged into a stream, said police officials. The ill-fated bus was carrying 35 passengers including women and children.

Speaking to media person, DPO Kohistan Raja Abdul Saboor said that police investigating the reasons of the incident. He said that police and rescue teams rushed to the spot to retrieve the bodies in which they were facing difficulties in rescue operation.