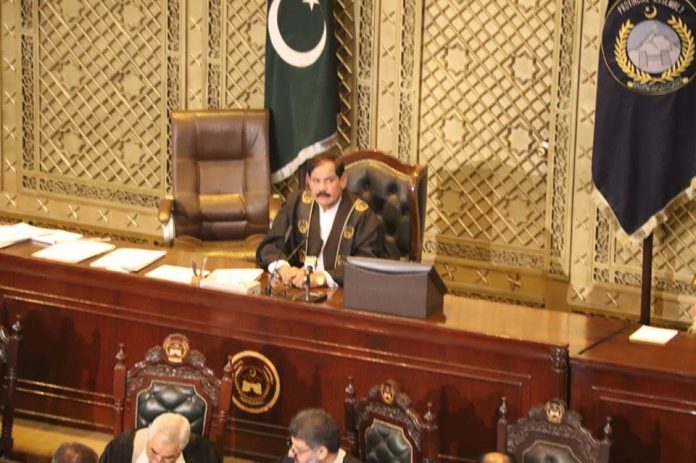 PESHAWAR— The Khyber Pakhtunkhwa Assembly Speaker Mushtaq Ghani has said that members of the house would stage a half an hour sit-in on Khyber Road from 12 PM to 12:30PM on Friday on the call of Prime Minister Imran Khan to express solidarity with people of the Occupied Kashmir.

He appealed all members of the House to participate in the sit-in and make the world realize the severity of Kashmir issue and human rights’ violation being committed by Indian government and forces against innocent Kashmiris in occupied Kashmir.

He said the sit-in would give a strong message to the world that whole Pakistani nation stands united with Kashmiris people in their cause for right to self determination.