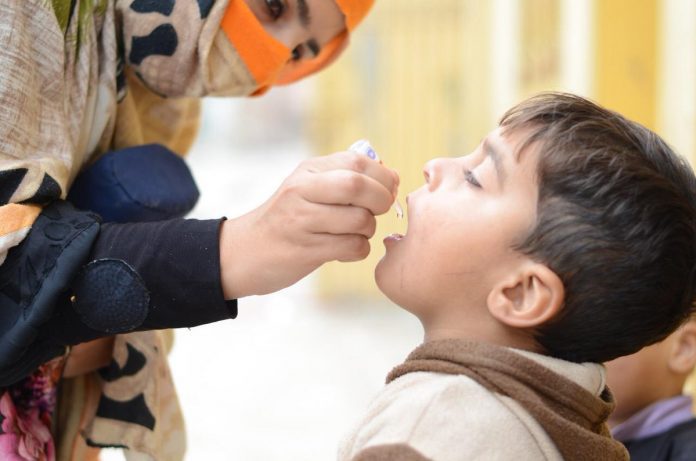 “Baseless propagandas against polio vaccine by vested elements have badly affected the programme and put the health of our children at stake”, he said.

Expanding on his thoughts, Kamran Afridi appreciated the positive and responsible reporting of media on polio and requested it to continue its constructive role till the virus was wiped out of the region and children were protected from permanent disabilities.

He said that polio cases have decreased over the last few years in the province from 238 in 2014 to 41 in 2019; however, he hastened on to add that a number of factors including weak essential immunization, parental refusal, fake finger marking were responsible for the spike in polio cases in the province.

Moreover, he added that a sub-national Immunization drive against polio will be kicked off on August 26, next in 29 districts of Khyber Pakhtunkhwa wherein more than 4.6 million children will be administered oral polio vaccine (OPV).

A total of 16800 teams have been established for the campaign out of which 13884 mobile are mobile teams, 1222 fixed teams, 792 Transit teams, and 902 roaming teams whereas 3922 area in-charges will monitor the campaign, he told.

He said that special security measures were taken to ensure that teams work in safe environment and reach to 100 percent target population.

Coordinator EOC appealed to parents to vaccinate their children against polio and to shun anti-polio propaganda so as to protect children from permanent disability.