The Jamiat Ul Ulema Islam (F) has nominated its experienced parliamentarian and diehard stalwart from Mardan to represent the party from tribal districts on reserve seat in Khyber Pakhtunkhwa Assembly. Nomination of Ms Naeema Kishwar has irked resentment in tribal districts and termed it as tantamount to curbing the rights of tribal women.

Ms Naeema Kishwar is representing JUI-F in provincial and National Assembly since 2002 when Muttahida Majlis-e-Amal (MMA) ruled the Khyber Pakhtunkhwa from 2002 to 2008. After the split of MMA, she was elected to KP assembly again on JUI-F ticket after 2008 general elections and remained MPA for five years.

In 2013 general elections, JUI-F nominated her for the national assembly. She remained MNA on reserved seats from 2013 to 2018.

In all her three previous nomination papers submitted to ECP, she showed the address of Gujjar Ghari of district Mardan. However, before applying for MPA seat from tribal districts, she shifted her vote to South Waziristan.

A spokesperson of ECP said that according to April 18, 2019 Election Rules only electorates from tribal districts were qualified for nomination against the reserved seats both Women and Non Muslims for July 20, 2019 polls. Owing to this, Ms Naeema Kishwar had transferred her vote to South Waziristan, therefore, her nomination is according to the ECP rules and legitimate.

Justifying party move, JUI-F leader from tribal areas Mufti Ijaz Shakoor told daily Times that she is an experienced parliamentarian therefore the party decided to bring her to the KP assembly to represent tribal areas and party in more effective way.

On other hand, the ruling PTI nominated woman Anita Mahsud though belongs also to South Waziristan but she is residing in Islamabad along with her family for last many years. PTI yet to name its second nominee.

Similarly, Baluchistan Awami Party Baseerat Bibi has born in Peshawar in 1988. Her father, Naushad Ali Shinwari and late mother had been shifted to Peshawar from Landikotal Zargaran village some four decades ago when her father got job in a foreign funded NGO.

Ms Baseerat Shinwari was accredited as first ever woman as Member of Provincial Assembly when Baluchistan Awami Party (BAP) got entrance in Khyber Pakhtunkhwa politics with mustering support of three newly elected MPA’s who won seats in their personal and individual capacity.

According to political experts, the law that provides heads of the political parties liberty to nominate everyone on these reserved seats are mainly misused to distribute the quota to kith and kin. 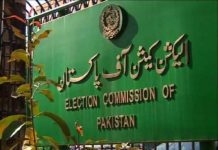 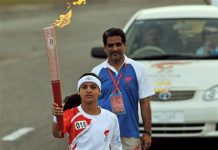 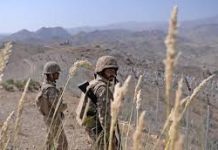