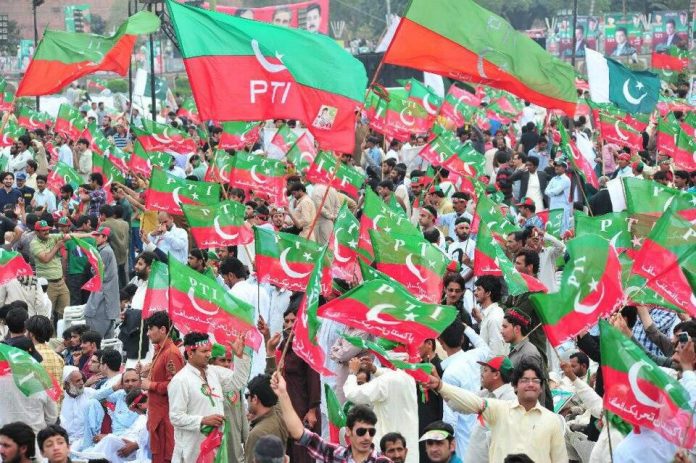 During 32nd Board meeting of Trust For Democratic Education and Accountability (TDEA), the FAFEN Executives informed that growing trend of price hike and failure of government in honouring commitments regarding development of merged districts seems main reasons for the decline. They however conceded that before and during elections leaders of ruling PTI made hectic efforts for mustering support of electorates. The ruling PTI had secured four out of 16 seats ion elections day and later two Independents join the party.

Ironically, the FAFEN officials in their report informed unprecedented increase in increase of opposition’s vote banks in merged districts compare to July 2018 elections. The FAFEN report states that the Pakistan Muslim League (N) gained 24 per cent whereas the Awami National Party vote bank increased by nine per cent. The ANP succeeded in winning only one seat whereas the PML(N) has got nothing in July 20 2019 elections.

The religious parties Jamiat Ul Ulema Islam (F) and Jamaat Islami contested July 25, 2018 elections as components of Mutahida Majlis Amal (MMA) but they remain isolated in July 20, 2019 elections in merged districts. However, both the parties jointly increased its vote bank by 15 per cent, the FAFEN report states. The JUI(F) is succeeded in winning three and Jamaat Islami a single seat in July 20, 2019 elections.

Beside ruling PTI a sharp decline was registered in vote bank of opposition’s Pakistan People’s Party and Aftab Ahmad Khan Sherpao’s Quami Watan Party. PPP has fielded 13 candidates and its vote bank was declined by 33 per cent. Similarly the QWP vote bank was reduced by two per cent.

Compare to July 25, 2018, only 10 political parties participated in July 20, 2019 merged districts elections whereas number of political parties. The FAFEN report states that these parties field 84 candidates and 213 candidates have contested polls in their personal and independent capacity. Six independents have won the seats but so far five of them have joined the ruling PTI and its ally Baluchistan Awami Party.

The FAFEN reported that 14 per cent ( 116,476) less registered voters turned out to vote for newly merged district elections as compared to the turnout for July 25, 2018 general elections, turnout dropped from 34 per cent to 26 per cent. Opposition to merger of tribal regions in Khyber Pakhtunkhwa, polling stations in far flung areas and even combined polling stations are stated main reason for the drop in turnout. In all these areas only 735,775 people turned t vote for Provincial Assemblies whereas on July 25 2018 852,219 turned to vote. However, ten per cent of population is not yet registered as electorates.

According to FAFEN 19 percent of registered women voted in the merged districts provincial assembly elections as compare to 31 percent men voters. None of 16 provincial assembly constituencies had a less than 10 per cent turnout voters whereas in July 2018 General elections there were t here constituencies with less than 10 per cent including one in North Waziristan. In North Waziristan elections the PK 111 had a turnout of 17 per cent and PK 112 12 per cent.

In PK-109 Kurram-11 was the only constituency where the women’s share in polled votes was less than their proportion in the registered votes.

The report reveal that number of invalid votes was registered more than of margin between the winner and losers in three constituencies. It added that number of ballots exclude d from the count exceeded the margin of victory in PK-100 Bajaur-1, PK-108 Kurram-1 and PK-115 ex-Frontier Regions, included 1176 against 1230, 431 against 1160 and 74 against 893 respectively.

It was confirmed that not only media but even the FAFEN observers were disallowed to almost of Tirrah valley where the government-loyal militant group Lashkar Tauheed Ul Islam acts like South Waziristan peace lashkar. These militants helped the armed forces in ejecting Lashkar Islam of Manga; Bagh first from Bara in 2009 and later from Tirrah valley in 2012. The Tauheed Islam self styled commanders and ameers are meeting its resources from illegal smuggling and trade through Pak Afghan border as well as extortion from rich and wealthy traders.