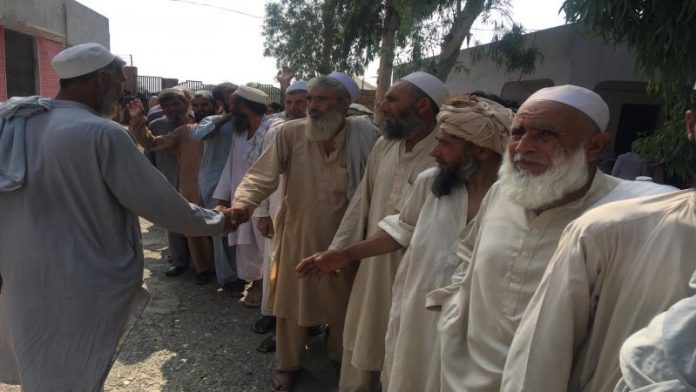 History is made by holding first ever polls for Khyber Pakhtunkhwa assembly from the recently merged districts of former federally administered tribal area or FATA.

People of the ex FATA have been waiting for this historic day for over 7 decades to be given representation in the provincial assembly. Now they are as Pakistanis as others were since 1947, but they have to wait for more years to fully transform into the mainstream political scene.

July 20, 2019 will be remembered as the historic day when the people of bordering tribal districts elected 16 members for the provincial assembly of Khyber Pakhtunkhawa. They are one and no more tribal or non-tribal but Pashtun of one province. There are many ifs and buts in the elections of merged districts, but this was the first political step to overcome the decades leftover gap between them and rest of Pakistan.

The people of these merged districts suffered heavily as a major big game was played and is being played on the soil bordering Afghanistan. Peace and life are the major demands of the people. They faced worst case scenario from Afghan war to international terrorism and to date proxy war. They were called people of FATA or “no man land” or Alaqa ghair, but now no more aliens. They are as Pakistanis as the dwellers of other districts.

NO MORE TRIBAL OR NON-TRIBAL AND “NO MAN LAND” OR ALAQA GHAIR, BUT PASHTUN OF ONE PROVINCE

What observers and analysts see now or since this political process began for elections as a major shift from bullets to ballots. There are media reports and breaking news coming out of ex FATA as drone strikes, bomb blasts, beheading and target killings, but now political rallies and electioneering in the recent weeks.

There were elections for the National Assembly and Senate but that had different dynamics and limited choice for the common people. There are glimpses of the past FATA elections as influential and personalities still relevant in the provincial assembly elections. But political parties have also shown their presence and representations.

Looking at the table, the independent candidates topped the list with 6 out of total 16 seats. The ruling Pakistan Tehreek Insaf is the second at the list after independents with 5 seats, Jamiat Ulema Islam 3, Awami National Party and Jamaat-e-Islami have secured one seat each. Political parties need to work hard to further strengthen their support base.

This is a huge task for the government and all political parties to focus on the peace and development of these districts and also allay the apprehensions of tribal  people. Their questions are harsh as they experienced worst situation, but they should be answered politely.

Now hundreds of thousands of people are looking towards Peshawar to see a real change in their lives or at least a good start. The government should take all the stakeholders on board, especially the newly elected members of the provincial assembly, to make a workable and comprehensive development plan for these districts.

No doubt, the bases of terrorist organizations were dismantled and they were driven out of their safe havens, but the threat is still there. To counter this threat, there should be political stability and discouraging any form of private armies. Now it’s an opportunity to make these areas socioeconomically viable and that could be only through political process and meaningful dialogue.

For the latest reforms, these elections are seen as a test case for the government and political parties from across the dividing line. Now the elections fever is over and politicians should focus on these merged districts and the government should invite all parties to seek their inputs.

The people of the merged districts have expectations from these polls, and the newly elected members should try hard to win the people support. This is the right time to win hearts and minds of the people by providing them basic facilities at their doorsteps. The failure will be for all, if the people were ignored.