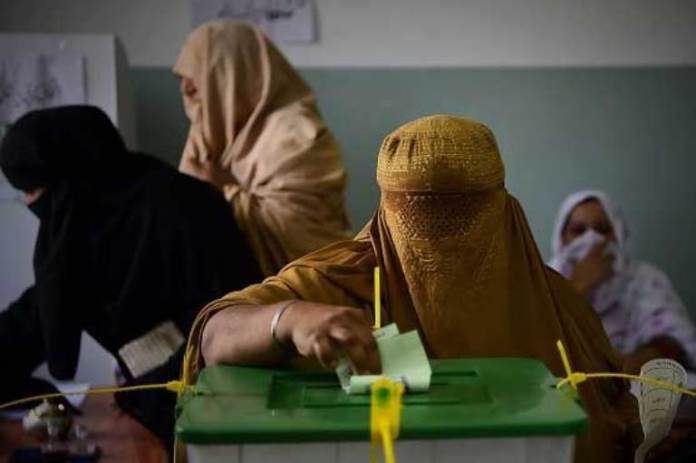 PESHAWAR: The Election Commission of Pakistan has announced the unofficial and unconfirmed results of the historic Khyber Pakhtunkha assembly elections in tribal districts.

The ECP unofficial and unconfirmed results of the total 16 Provincial Assembly seats declared whereas maximum seats went to those who contested in their personnel and independent capacity.

According to result, independent candidates are leading with six seats whereas ruling Pakistan Tehreek-e-Insaf secured five seats in the first-ever elections in tribal districts for the Khyber Pakhtunkhwa provincial assembly.

Earlier, the ECP, due to certain reasons, results of two constituencies including two from North and one from South Waziristan were delayed.

More than 285 candidates contested elections for the 16 seats of tribal districts in Khyber Pakhtunkhwa assembly, out of which 202 were independent candidates.

PTI contested on all seats whereas the JUI-F on 15, and ANP on 14 seats. Two women are also contesting the election – the ANP’s Naheed Afridi in PK-106 Khyber and JI’s Malasa Bibi in PK-108 Kurram.

The Pakistan Peoples Party and Pakistan Muslim League-Nawaz, which fielded candidates on 13 and 5 seats respectively failed to open its account in the historic elections. While the Disgruntled PTI leaders who contested on nine seats has greatly contributing in defeat of party candidates especially in Mohmand and Khyber districts.

There are over 2.8 million registered voters in the area, of which 1.13 million are women.
There were a total of 1,897 polling stations set up for the election.