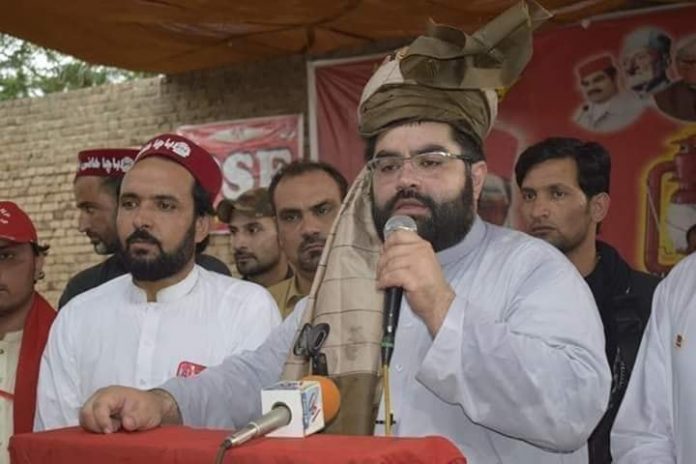 PESHAWAR—-On July 20, the former Federally Administrative Tribal Areas (FATA), now called tribal districts will go into its first ever provincial assembly polls. There are more than 284 candidates contesting for the 16 general seats.

Huge numbers of candidates are contesting elections as independents. According to list obtained from ECP, more than 200 out of 284 candidates are contesting as independents.
The much attention has been focused on Pakistan Tehreek-e-Insaf and its rival Jamiat Uleam-e-Islam in the tribal elections were the former has made strong inroads becoming most popular party in the area by securing half seats of the national assembly in 2018 general elections, while the latter has deep rooted and stronghold for the last decade.

However, neck-to-neck competition is also expected between political parties’ nominees and independent candidates in some constituencies, where the independents likely to secure victory.

The July 20 elections is the only third elections after 2018 and 2013 general elections contesting on political parties’ basis after Political Parties Act extension to the merged districts by then the Pakistan Peoples Party’s government in 2011.

The general elections of 2013 was the first elections held on party basis in the former tribal areas. However, as the political parties was yet to get stronger, seven seats were won by the independent candidates while only four seats were won by the political parties. Two of the winners belong to Pakistan Muslim League-Nawaz, and one each to Pakistan Tehreek-e-Insaf and JUI-F.

One of the positive outcome of the previous general elections for 12 national assembly seats from the merged districts was the victory of political parties’ nominees. Out of 12 seats, six were won by Pakistan Tehreek-e-Insaf, three Jamiat Ulema-e-Islam-Fazal and one secured by Pakistan Peoples Party. Only two were won by independent candidates including Ali Wazir and Mohsin Dawar, who are central leaders of the Pakhtun Tahfuz Tehreek, which unregistered with Election Commission of Pakistan.

According to experts, the political parties are getting stronger in the tribal districts and extension of the Political Parties Act to erstwhile Fata was a factor in strengthening the presence of the political forces.

In this election, PTI is the only political party contesting on all general seats followed by its arch rival – Fazal (JUIF) with 15 seats. The Awami National party and Jamaat-e- Islami are contested on 13 seats each whereas Pakistan Peoples Party is contesting on 12 seats. The Pakistan Muslim League has fielded its candidates on only five seats. The Qaumi Wattan Party and Pak Sarzameen Party are also in race.

However, at several constituencies, independent candidates are very dominant and likely to give tough time to the candidates fielded by different political parties. These independent candidates include Haji Sayed Ahmad Khan, former DC, from Bajaur, Abbas who is the brother of senator Hilal and ex-MNA Bilal and Dr. Israr Safi from Mohmand, Sharmat Khan Afridi, backed by the Federal Minister for Religious Noorul Haq Qadari, and ex-MNA Shahjee Gul’s son Bilawal from Khyber, and Inayat Hussain and Ibrar Jan from Kurram, Ghazan Jamal, son of the former parliamentarian Malik Saeed, from Orakzai, and Arif Wazir and Iqbal Mehsud of Pakhtun Tahafuz Movement from South Waziristan.