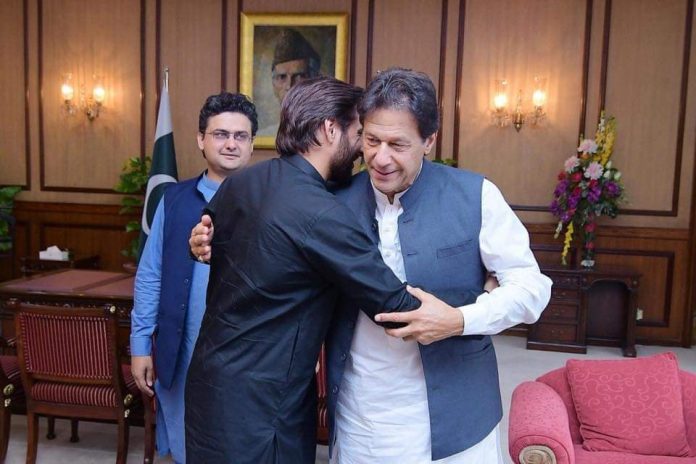 Two weeks ago, Shahid Khan Afridi, in interview, praised Prime Minister Imran Khan for his hard work in politics after retiring from cricket. Wishing to enter into politics, Shahid Afridi said that Khan got the reward of his hard work after several years.

The Prime Minister Imran Khan and star cricketer discussed the government recently launched programme Ehsaas and welfare projects such as shelter homes in the meeting.

Shahid Afridi, who is a running a charity organization ‘Shahid Arfidi Foundation’, told Imran Khan that there a great deal of interest in welfare projects and the private sector can help build shelter homes.

Welcoming the interest of the private sector, Prime Minister directed official to take concrete steps for the involvement in welfare projects.
The meeting was also attended by Senator Faisal Javed and PM’s Special Advisor Naeem-ul-Haque.

Shahid Khan Afridi, recently in an interview, had praised Imran Khan for his work and said he might join politics in near future.