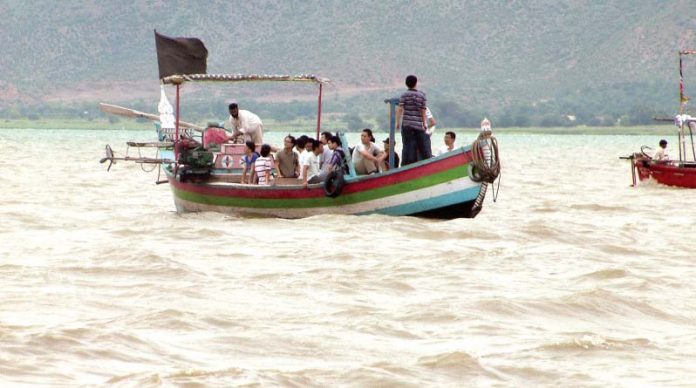 SWABI— A boat carrying upto 50 passengers capsized in the Tarbela lake on boundaries between Haripur and Torghar districts of Khyber Pakhtunkhwa on Wednesday afternoon killed at least five people.

Officials in Haripur informed that five dead bodies including two women were pulled out of the waters while seven were rescued by the local volunteers and rescue officials. Efforts are underway for the recovery of remaining people, boarding on boat. Official said that from 40 to 50 people along with 10 buffaloes, 12 goats and other livestock were on board.

Senior journalist from Swabi Malik Iqbal told Peshawar Today that there were too many people aboard due to which ill-fated boat downed.

Pakistan Army’s Special Service Group (SSG) team also deployed to the site in helicopter to extend help in the rescue and relief operation.

The site is too much away from Haripur city.