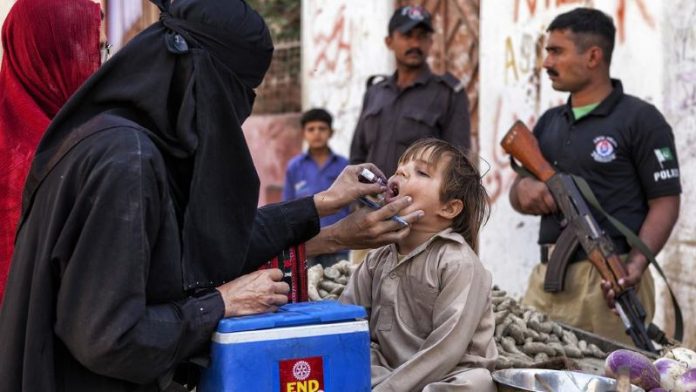 PESHAWAR — At least five more polio cases were surfaced in two different districts of Khyber Pakhtunkhwa talking the total numbers of polio affected to 31 in Khyber Pakhtunkhwa and 37 in the whole country during current calendar year. Even the figures now over double compare to previous calendar year that were only 18 throughout the country.

The health officials termed it due to what they called persistent misconception and parents’ refusal to vaccinate their children.

The officially issued statement is claiming that all the children hit by polio virus were zero dose for the essential immunization.

The high ups assigned the task to eradicate polio of its roots are claiming mustering support of religious circles but some of the leading and popular religious leaders are reluctant to do so. A leading Religious scholar has suggested the government to address reservations of the parents.