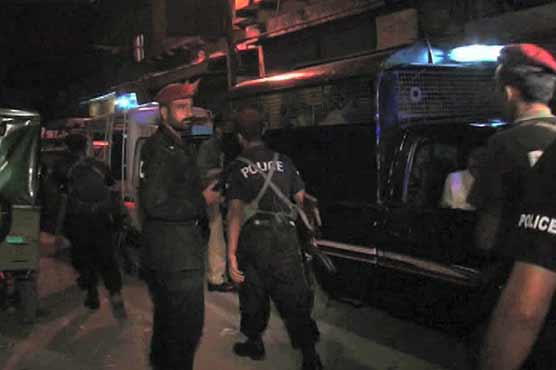 KARACHI: Three suspected terrorists were shot dead in a shootout with security forces in Karachi’s Site Superhighway area late on Sunday night.
According to police, the police personnel aided by officials of an intelligence agency conducted a raid at a hideout of terrorists in Khuda Baksh village near Northern Bypass following a tip-off about their presence there.
Upon seeing the security personnel, the terrorists opened fire and in the ensuing exchange of fire, three of the suspects were killed while two of their accomplices managed to flee from the scene taking advantage of the darkness.
A suicide jacket, hand grenades and arms were seized from the possession of the killed terror suspects, a police official said, adding that raids are being conducted to arrest the absconding accused.
He said the terrorists were planning a terror attack in Karachi.
The bodies of the terrorists were shifted to Abbasi Shaheed Hospital.
Sources said one of the killed suspects was identified as Talat Mehmood, said to be Karachi emir of a proscribed outfit, Al-Qaida’s Abdul Razzaq alias Raja Group.