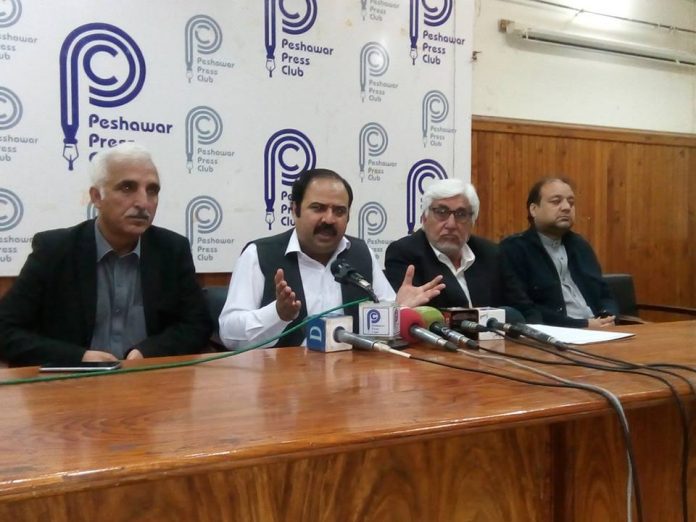 “All records of corruption have been broken in the BRT project by KP government,” and the project was politically motivated and was designed to gain political mileage in general elections 2018, he alleged.

He lamented the project was still unfinished despite whooping escalation in its cost. He urged the chairman NAB to find out reasons why the estimated cost of the project augmented and why the project was not accomplished well in time within the approved time schedule and the resources of the province were squandered with impunity.

The senior leader deplored the cost of the Peshawar Bus Rapid Transit project which has gone up from Rs49 billion to over Rs 110 billion due to the modifications to its design and ‘adjustment’ of the Asian Development Bank funds and called for measures by the provincial government to redress the grievances of business community.

He said the continuous alterations to the design of various aspects of the Peshawar BRT project is seriously jeopardizing the timely completion of the Peshawar Sustainable BRT Project within the specified time limits, and demanded the formation of a parliamentary committee to probe alleged irregularities in the project.