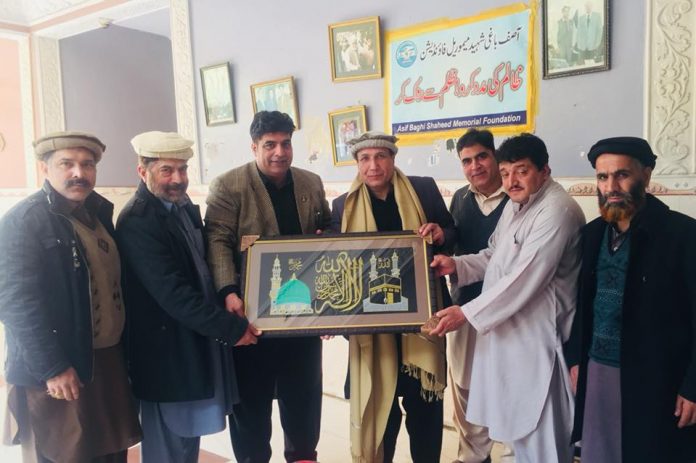 PESHAWAR— The British Chief Crime Officer Metropolitan Police Birmingham, Yousaf Khan in a visit to Khyber Pakhtunkhwa pledges to hold seminars and workshops in the province in particular and the country in general in future to create awareness among the masses, in order to put a stop to the cases of child sex abuse, counter-terrorism and to work for bringing reforms in Police.

He expressed these views in a meeting with the Chairman ABSMF (Asif Baghi Shaheed Memorial Foundation), Safdar Bhaghi, a district council member from the Union Council (UC-31) Peshawar.
He said it would all be done under the banner of Strong Cities Network (SCT).

The Strong Cities Network is the first ever global network of mayors, policymakers and practitioners united in building social cohesion and resilience to counter violent extremism in all its forms.

The network connect cities, towns and regions around the world to share their local best practice on an international scale and collaborate at the subnational level to prevent violent extremism and the conditions in which extremism and radicalization can take hold in communities.

The Security officer lamented, citing reports about Pakistan which have revealed that in the span of just six months there are 10 cases of rape followed by the murder of children in between the age of 5 to 10. The victims comprised three boys and seven girls. He further added, their dead bodies have been found from the garbage plots and under construction buildings.

Baghi said the government of United Kingdom and different NGOs working therein that want to curb extremism and militancy in Pakistan should provide expertise to our province in curbing terrorism and child abuse. He stressed the need for engagement in education and health field for which they need to initiate talent hunt programs that involves cultural exchanges and sports activities.