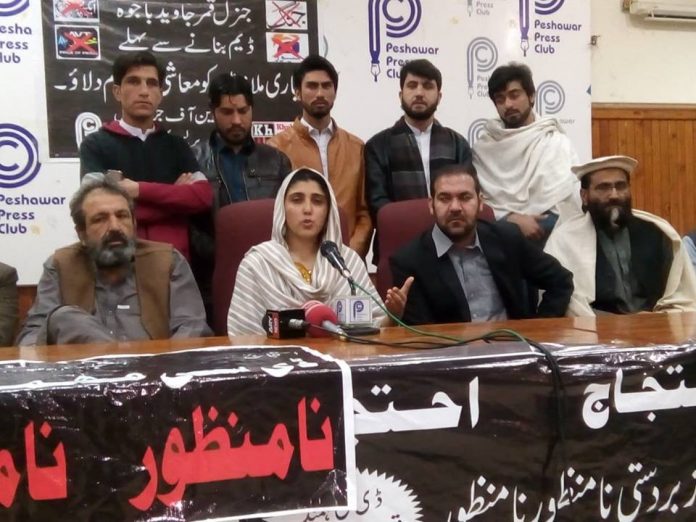 She was flanked by Dawood Mohmand, a president of Tribal Youth Movement while addressing a press conference here in Peshawar Press Club on Wednesday.

She said in Mohmand district there has been a clash between two tribes over the ownership of the mountain having huge deposits of nephrite mines, however, the district administration headed by a Deputy Commissioner is supporting a group and defying the ruling of High Court in the whole matter.

However, the district administration on the directives of Deputy Commissioner Mohmand district on January 29, 2019 allowed the members of other tribe to carry out activities on the disputed mines, despite the fact the case was pending in the court.

The Ex-MNA urged the incumbent government to work all the state institutions within their boundaries. She further added, the mines were the assets of tribal districts of the province and the government intervention in the whole issue speaks volumes about the ill-designs of the provincial government.

She lamented, the unwanted check posts in tribal districts and advised the government to install scanners for checking and the uncertain future of levy forces should be made certain within no time.