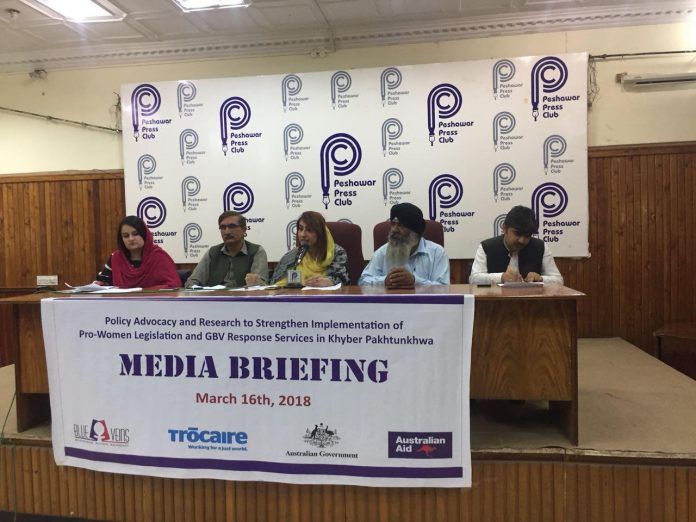 PESHAWAR: Civil Society activists on Friday demanded of the Khyber Pakhtunkhwa government to make legislation to curb child marriages and violence against women and children in the province.

Addressing a press conference here at Peshawar Press Club, civil society activists Taimur Kamal, Qiratul Ain and Imran Takar claimed that a considerable rise has been witnessed in gender based violence since last few years in the province.

They said that the government should immediately pass a bill to contain children, domestic and gender-based violence.

Taimur Kamal said that the incumbent Pakistan Tehreek-e-Insaf government had promised proper legislation for children and women rights when it won general elections.

Now it’s going to complete its tenure but no law to curb violence against women and children could be passed, Kamal said and added that Sindh and Punjab provinces have made laws in this regard.

“We want KP government to table a bill to curb violence against women and children and stop child marriages in the province,” said Qiratul Ain. She said age limit for a girl at the time of marriage should not be less than 18 years and violators should face Rs0.3 million and three years imprisonment.