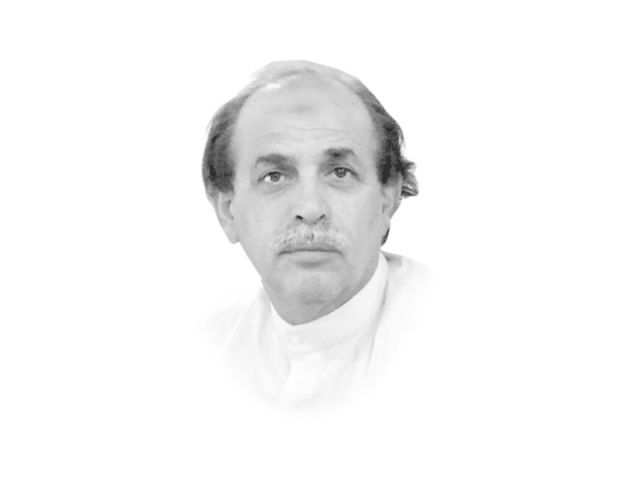 Remaining firm on its stance regarding controversial status of Pak-Afghan border called as Durand Line, the Afghan government initiated talks and contacts with tribal communities to help in opposition to unilateral decision of Pakistan of its fencing. In fact, the already internal and external hostilities and opposition affected Afghan government at this stage is not in position to resist what it call the unilateral act of the immediate neighbouring Pakistan, which is considered the major beneficiary of prolonged over four decades imposed wars, internally rifts fueled by a number of foreign countries and forces through spy agencies.

A recent clash between Pakistan and Afghanistan border security forces occurred at Laka Teega area of Lower Kurram Agency bordering with Khost province of Afghanistan, whereas the afghan tribes have not only extended maximum support to the Afghan security forces but even inflicted sever human and logistic losses to Pakistan. Pakistan has confirmed of getting back dead bodies of five soldiers whereas two were killed inside Pakistan territory. However, due to lacking of its writ across the border, the Afghan government has later on left alone the tribal chieftains, who left with no option other than demanding unconditional apologies and regrets.

The Durand Line was signed between British Indian government and Afghanistan in November 1893 and from the very first day it is opposed by Afghans, both rulers and civilians. Soon after partition of sub-continent in 1947, Pakistan from time to time made attempts to convince/force Afghanistan for accepting Durand Line as permanent International border between the two countries but Afghans have refused to do. Even Pakistan sponsored Mujahideen and Taliban leaders have refused to do so. Last Soviet Union backed Afghan President Dr Najib Ullah was killed by Pakistan spies and their loyal Afghan Taliban when he had refused to sign the Durand Line as permanent border. And similar were the tactics on the part of Pervez Musharaf regime after 9/11 when power handed over to Hamid Karzai across the border in Afghanistan.

Pakistan enabled of materialising its dreams, by embarking on unilateral fencing of the border when leaders and commanders of banned Tehrik Taliban Pakistan slipped into Afghanistan mysteriously at end of Rah-i-Rast military operation in Swat. Mullah Fazallah of Swat was followed by Abdul Wali Mohmand known as Khalid Khurasani, Mangal Bagh of Lashkar Islam, Maulvi Faqir Muhammad and others. On one hand, these militants have got indirect support and hospitality of Afghanistan government and on the other they with help of their fellow Afghan militants associated with Tehrik Taliban Afghanistan (Emirate Islami Afghanistan) and Haqqani Network succeeded in dislodging of Afghanistan border security forces and Afghan government tribal communities on western side of Durand Line. And thus enabling Pakistan security forces of starting fencing of the border somewhere in 2017 and now on almost 18 traditionally recognized crossing points, the task is accomplished.

However, efforts initiated for the task when relations between US and former President Hamid Karzai turned turmoil somewhere in 2011. Now Pakistani officials saying that around 443 facilities and 150 new check posts have constructed whereas fencing will be completed in 2019 next. Along with fencing Pakistan went on unilateral border management system whereas tribesmen living on both sides of the border were forced to terminate centuries old traditions of meeting and visiting each other’s without any restrictions, enjoying citizens like facilities in both the countries including schools, health etc and even possessing Passports and National Identity cards of both the countries.

But across the border in Afghanistan, all such unilateral acts and steps on the part of Pakistan has forces the Afghans to realize their blunders of remaining scattered and hostile to each others. Beside leaders and commanders of former Pakistan manufactured Jihadic groups, the individual tribal elders and traders who remain in good links with Taliban now play vital role in mobalising of the Afghan societies against Pakistan’s unilateral decisions. In this respect, now the Afghans living along with Pak Afghan border have smelt the fencing harmful to their economic interests as the cross border trade was their major livelihood source since a long.

Though since a long the skirmishes and brief encounter on the issue of border disputes are taking place between the two countries since a long but in the recent years first ever clash was occurred on February 3. 2011. At least seven Afghan security men including an officer were killed and three arrested by Pakistani forces in this part of Kurram Agency, bordering with Khost province. Similar was the status of several other incidents of clashes taking place from time to time at different areas and regions.

Now reports pouring across the border, reveal that Afghan government through Ministry of Tribal and Border affairs is engaged with elders from different tribes residing across the border to fulfill responsibilities in opposing unilateral fencing of the border. In certain points, the Afghan tribes giving tough time to Pakistan’s authorities concerned engaged in execution of the project. Mobalisation against fencing of Durand Line is in progress throughout Afghanistan and getting momentum day by day. But on eastern side of Durand Line Pakistan is also alert and foiling attempts aimed at opposition to fencing of border and sabotaging of border management system, which is so far installed on all major and legal crossing points between the two countries.

No doubt that at this stage, the Afghan leaders are helpless and couldn’t afford resisting of the unilateral acts on the part of Pakistan but in future they can return to their stance which they are following since 1893. Like of past, no other than Pakhtoons residing on both sides of the border will pay for it. Instead of strengthening a hostile nation on its eastern side, Pakistan is still in position of making a friendly nation- Afghanistan. Compare to India, position of Afghans is different. Almost of Afghan populace are well aware of Pakistan and they wish to be in friendly and brotherly links with the people who they always praising for unprecedented support and hospitality at crucial stages. Still millions of Afghans are scattered throughout Pakistan and they can easily be used for strengthening of bilateral diplomatic, political, trade and cultural relations but it is possible with some relaxations to the Pakhtoons residing on both sides of the border, of meeting and trading with each others. 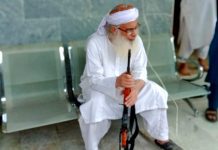 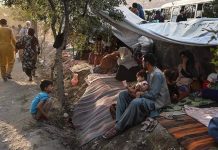 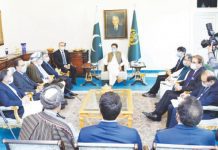 Northern Alliance—responsible for continuation of bloodshed, hostilities in Afghanistan